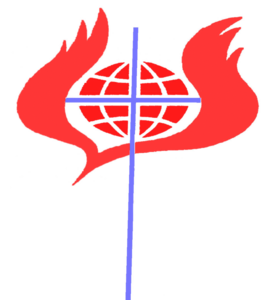 ​The Church Behind Prison Walls

“My primary gift is evangelism. There is nothing better than winning souls. The prisons are my mission field. If you are going to fish, you might as well fish where the fish are.” – Dr. Paul Carlin

The Ministry began as a Lay Witness Prison Crusade work of faith and labor of love in 1978 in the Texas prison system. Their first IRS approved non-profit organization was Prisoners Bible Institute. Dr. Carlin recruited and trained hundreds of local church laymen to go into the prisons with him armed only with the Bible and Gospel tracts to do one-on-one, cell-to-cell soul winning. The three-day crusades ended each evening with huge crowds of prisoners coming together for an old-fashioned evangelistic service. Thousands responded to the salvation message, and revival came to the prison. One senior warden commented, “There is such calm in the prison after a crusade like this. I wish I could have one of these every month.”

The crusade ministry spread to five states. Dr. Carlin and his crusade teams have conducted over 300 prison revivals. Literally thousands of prisoners were saved during the dynamic Lay Witness Prison Revivals.

During those harvest years, Dr. Carlin began developing the counseling and discipleship model which he named, “Belief Therapy.” Over a twenty-year period, the prisons became his research laboratory and prisoners his subjects. The model was based on Proverbs 23:7 which teaches that people do what they do because they believe what they believe, i.e., “As a man thinks in his heart so is he….” Dr. Carlin discovered his Belief Therapy model as stated in the woman’s response to the serpent in Genesis 3:6; i.e., she believed the serpent’s lie, the lie produced a problematic thought, the problematic thought produced in a dark emotion and the dark emotion produced a godless, sinful behavior.

In 1997 he brought Belief Therapy out of the prisons and into the local church through his Therapon® Institute, Inc. Therapon is the Greek word for “servant” (Hebrews 3:5). Belief Therapy® has become a nationally registered trademark, classified by the U. S. Department of Patents and Trademarks as “a psychological and religious counseling model.” The word “Therapon” is likewise a nationally registered trademark. Since 1997 under his and Dr. David Rodriguez’s leadership, the Therapon Institute has trained and certified over 11,000 paraprofessional faith-based counselors in the use of Belief Therapy to help hurting and healing people.

The Ministry has built a Ministry Center, two chapels and a sidewalk from the front gate to the Eastham North Chapel. The “Sidewalk to Dad” was built so the children could enjoy special programs with their inmate fathers. All of these accomplishments were attained through the “grace giving” of ministry friends. No political powers or “big money” were involved—only God and God’s people. Dr. Carlin has often said, “This is not about money, but about ministry. We want nothing grace does not provide.”